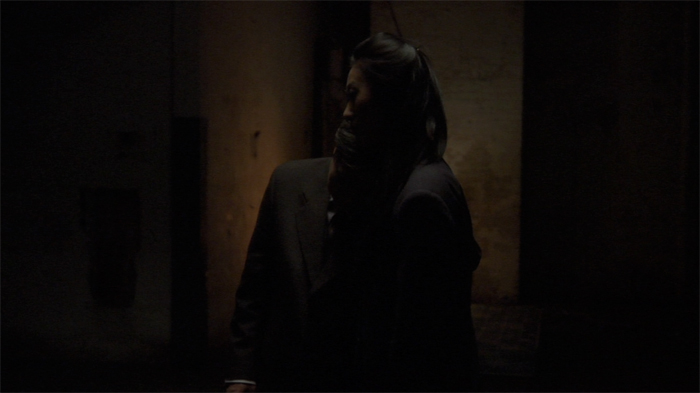 Art | Memory | Place is a year-long programme of talks and events taking place over the course of 2015-16 in the context of the ‘decade of centenaries’. Focusing on artists whose work addresses themes relating to memory and place, the purpose of this programme is to broaden and deepen the current discussion about the subject of remembrance and commemoration and to take account of such work.

Memory is an important framework within which to understand the past and many artists create work that is concerned with memory and the past but which does not take the form of a memorial or a commemorative gesture.

In different ways, the film works of Hong-An Truong and Maya Schweizer interrogate and disrupt the conventions of memorialisation and explore the complex relationship between trauma, remembrance and forgetting. Research for Tell Me Terrible Things They Have Known, by Hong-An Truong was undertaken as a participant on IMMA’s Residency Programme in 2015. Documentation of previous contributions to the Art | Memory | Place programme and a selection of resources and reading material are provided here for further information.

Featured Films include: A Measure of Remorse, 2009 and Tell Me Terrible Things They Have Known, 2016 by Hong-An Trong are part of a larger project drawing on the life and work of writer Iris Chang, author of The Rape of Nanking (1998). This book brought international attention to the military atrocities committed by Japan against China during World War II. A Measure of Remorse re-imagines a confrontation between Chang, the Japanese ambassador to the U.S. at the time, Kunkhiko Saito, and the PBS journalist Elizabeth Farnsworth in which they argue about what constitutes a “real” apology. This video plays out an ambiguous encounter between the three characters, exploring the limitations of language in relation to trauma. Also presented as part of a loop presentation is Hong-An Truong’s most recent work, Tell Me Terrible Things They Have Known, 2016. Utilising Chang’s archives and footage shot at the Nanjing Massacre Memorial Hall in Nanjing, this work is a meditation on the relationship of memory and history when fixed narratives begin to fall apart. Hong-An Trong’s films are presented on a loop from 23 February – Sun 13 March, Projects Spaces.

Presented from 15 March – 3 April, Maya Schweizer’s film, Der sterbende Soldat von Les Milles (The dying Soldier of Les Milles, 2013) offers a different perspective on the theme of memory. This work explores how the daily routine of the town of Les Milles is caught up by its past. A former brickyard in the town’s centre was used as an internment camp for Germans during World War II and served as concentration and deportation camp later on. With the use of montage cutting techniques the artist explores the traces of the past in the present.

Offering the opportunity to hear both artists talking about their work, Hong-An Truong and Maya Schweizer discuss their practice and method of research as it relates to issues of trauma and memory in relation to the films presented.

Artist’s Talk | Hong-An Truong Tell Me Terrible Things They Have Known
Thursday 10 March 2016, 6 -7pm, Lecture Room
Artist Hong-An Truong discusses a range of projects that draws on the life and work of writer Iris Chang, author of The Rape of Nanking (1998), which brought international attention to the military atrocities committed by Japan against China during World War II. Exploring the limitations of language in relation to trauma, this talk explores Truong’s ideas of memory and remorse as it relates to her recent work.Book now

Artists Conversation | Maya Schweizer & Maeve Connolly
Tuesday 15 March 2016, 6 – 7pm, Project Spaces
Maya Schweizer and Maeve Connolly (IADT, ARC) discuss the role of film as  collective modes of remembrance and memorialisation in Schweizer’s film Der sterbende Soldat von Les Milles (The dying Soldier of Les Milles) 2014. This work explores traces of the past in the present, in a quiet French town where a former tile factory was once used as internment camp by German soldiers during World War II.Book now

Listen back to past talks in this series by Ann Rigney, Andreas Huyssen and more on IMMA’s Soundcloud channel.

Hong-An Truong is an artist based in New York and North Carolina. Her interdisciplinary work has been shown widely throughout New York and elsewhere, including the International Center for Photography (NY), Art in General (NY), the Kitchen (NY), Smack Mellon (NY) and the Nasher Museum of Art (NY). In 2013, she was included in the Artists’ Film International program, where her work was screened at Whitechapel (London), Fundación Proa (Buenos Aires), and Istanbul Modern (Turkey). She was the recipient of an Art Matters Grant and fellowships from Socrates Sculpture Park and Franconia Sculpture Park in 2013. In 2015 she was anartist-in-residence at IMMA.

Maya Schweizer is an artist her practice operates at the interface between art and film, documentary and fiction. In her video works and installations, the French artist utilises representations of seemingly everyday occurrences to liberate hidden narratives. She focuses mainly on the socially marginalized and on cracks in collective memory cultures. For her exhibition at the studio space 45cbm at the Staatliche Kunsthalle Baden-Baden, the artist conceived a video installation, in which the daily routine of Les Milles is caught up by its past – a former brickyard in the town’s centre was used as internment camp for Germans during World War II and served as concentration camp later on. With the use of montage cutting techniques the artist succeeds in letting the past burst into present.