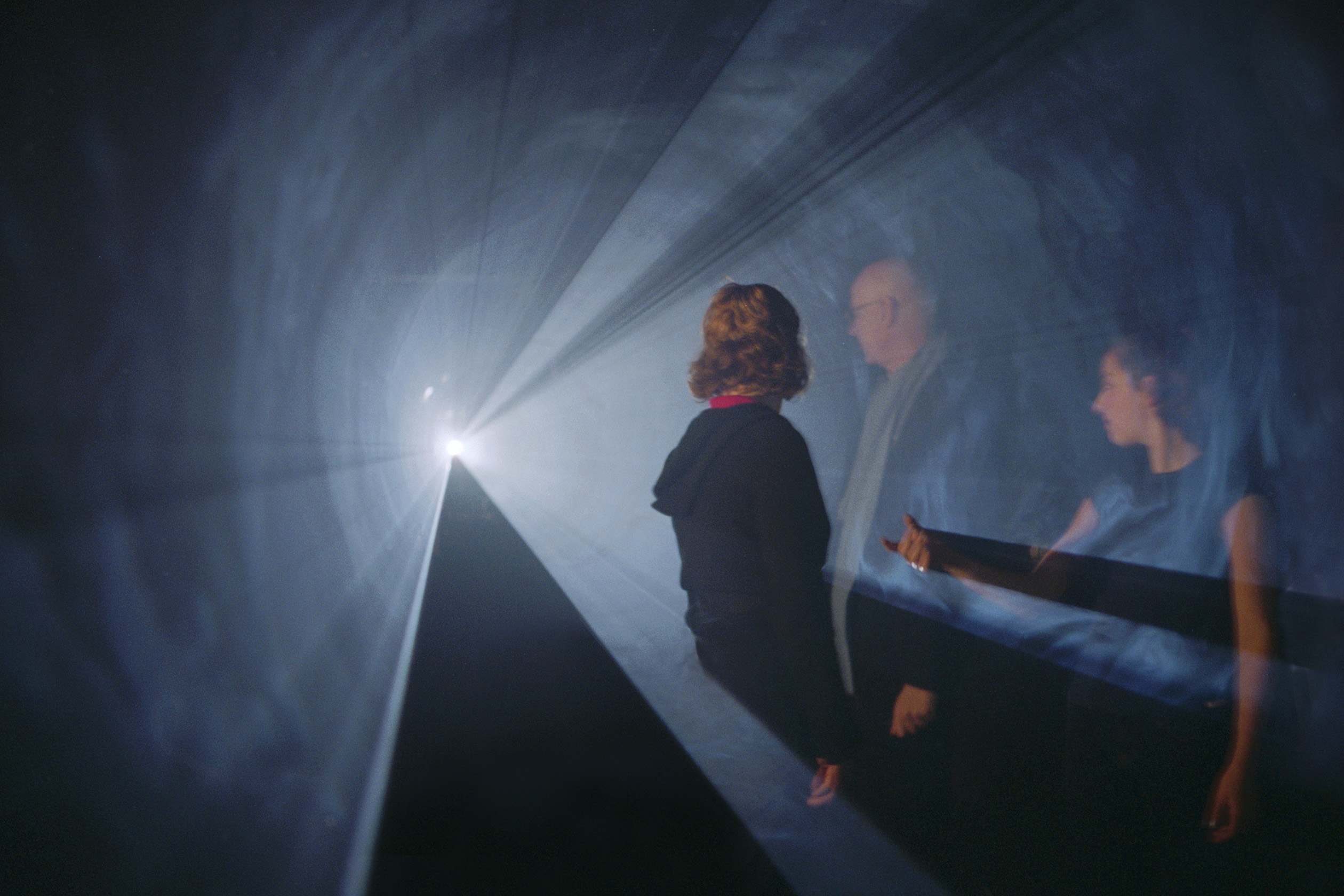 Anthony McCall (born 1946) is a British-born New York based artist and was a key figure in the avant-garde London Film-makers Co-operative in the 1970s. His earliest films are documents of outdoor performances that were celebrated for their minimal use of the elements, most notably fire, in the work ‘Landscape For Fire’ (1972) which will feature in the exhibition.

Works such as ‘Line Describing a Cone’, are based on simple, animated line-drawings, projections which strikingly emphasise the sculptural qualities of a beam of light. In darkened, haze-filled rooms, the projections create an illusion of three-dimensional shapes, ellipses, waves and flat planes that gradually expand, contract or sweep through space. In these works, the artist sought to deconstruct cinema by reducing film to its principle components of time and light and removing the screen entirely as the prescribed surface for projection. The works also shift the relationship of the audience to film, as viewers become participants, their bodies intersecting and modifying the transitory forms.

The exhibition will be accompanied later in the summer by a fully illustrated catalogue, featuring install images of the exhibition at Lismore, and is kindly supported by Sean Kelly Gallery, New York and Sprüth Magers London.

Responding to the unique gallery space that is St Carthage Hall, the artist has created a new organ piece specially for the building. The piece takes the form of a ‘well’ with a music box inside – the box plays the first 10 bars of the John Cage work In a Landscape. Related to other organ works by the artist, it functions like a barrel organ which plays automatically. The air blown through the metal pipes first passes through the holes in the music roll, giving rise to variations in tone and length. The air passing through the mechanics also lends the work a strangely human quality, further referencing spiritual connections. The juxtaposition of a minimal, brutalist structure with such an intimate, fragile sound is central to Massimo’s practice.

Massimo Bartolini’s work embraces various materials and techniques, from sculpture and performance to photography. His works have included an elevated floor that created the impression of distorted space; an installation in which a device on the heel of a visitor’s shoes altered the light in the exhibition space; and rooms suffused with perfume and the sound of leaking water. These, often sensual, artworks induce in the viewer a meditative state that is still highly experiential, making us reflect on the relativity of what is stable and unchangeable.

This exhibition is kindly supported by The Arts Council Ireland, Frith Street Gallery, London and The Shifting Foundation.