Alexandra Lethbridge: An Object of Vision 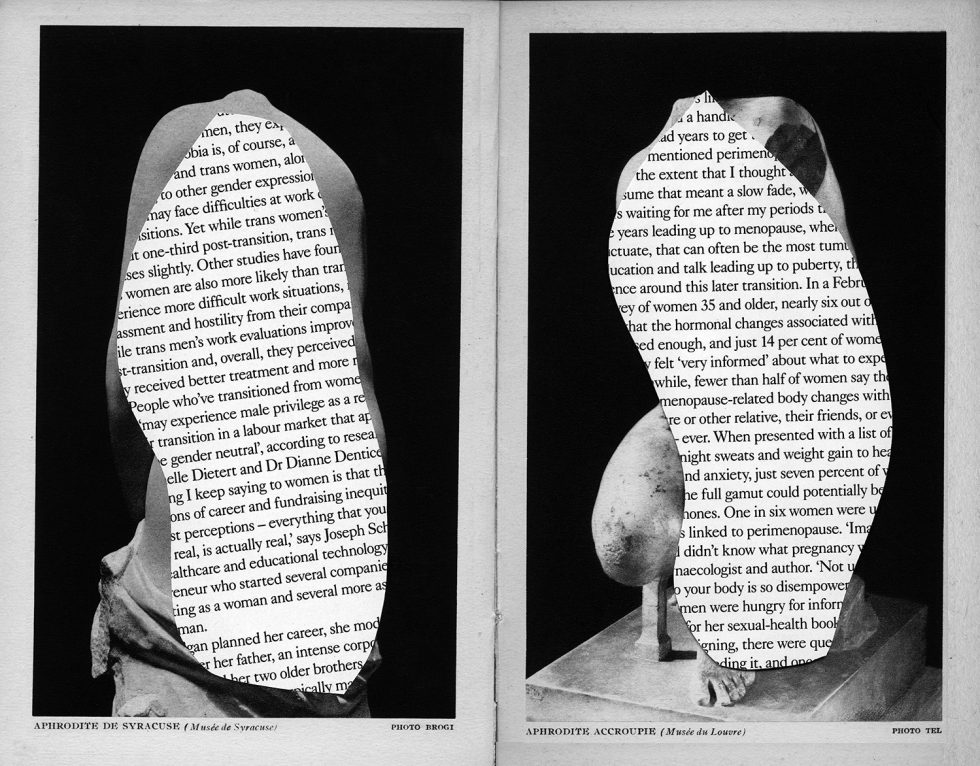 ‘You’re seeing less than half the picture without the vision of women artists and women of colour.’

This was the message delivered by the Guerrilla Girls in 1984. Not much has changed since then. The line was used in a poster campaign to rebel against the International Survey of Painting and Sculpture held at the Museum of Modern Art in New York. The exhibition included the work of 169 artists, less than 10% of whom were women.

Today, of the 2,300 artworks held by the National Gallery, only 21 of these are by women artists. Without women artists and female perspectives, we lose half the story.

An Object of Vision charts the exclusion of women from historical narratives through a series of still lives and collages constructed to position women in the picture. This series asks what is lost when the stories and perspectives of women are eliminated from history? The work sets out to respond to this by reconstructing and creating new alternative images.

Historically, images of women have been used to contain and limit them. Women have been hidden, suppressed, veiled, covered, or shrouded. Women have largely been depicted as they were seen by others. Always seen or watched and constantly aware of the image of themselves. As John Berger describes in Ways of Seeing, women watch themselves being looked at, they are turned into a sight, a spectacle, an object of vision.

In this series by Alexandra Lethbridge, the images of women are fragmented, dislocated, but reassembled again. The process exposes the disjunctions between the individual being and the form, the sight and the expectations, the truth and the fabrication.

The series is made using both appropriated imagery and studio still lives, worked back into by the artist and presented through various mediums, including photographic prints, stone works and hanging fabrics.

Alexandra Lethbridge is a conceptual artist working with photography and installation. Her practice includes the use of found and appropriated imagery, sculpture and moving-image.

Recurring themes in her work are deception, misdirection, misinformation, visual truth and the cognitive processing and consumption of information.

Lethbridge is drawn to ambiguities, the gap between this and that, interpretations and misalignments of ideas, and how we consume visual culture. She grounds her work with scientific research and contrasts these theories with experimental image-making.

Her book The Meteorite Hunter was shortlisted for the Paris Photo Aperture Foundation First Photo Book Award. The book is part of the collection at the MoMA, New York. Her work has been exhibited worldwide and has won many awards. Her work also sits in the ING Collection, Amsterdam. Alongside her practice, Alexandra is a Lecturer in Photography at Falmouth University, Southampton Solent University, and University of Portsmouth and is a visiting lecturer at many other institutions.

This project is a commission of Belfast Photo Festival.