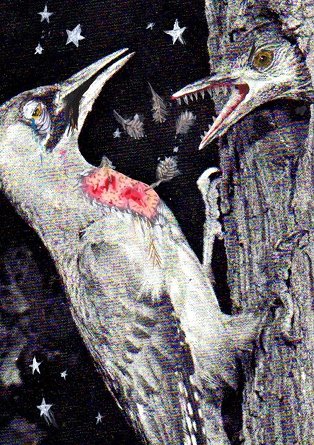 We are reluctant to acknowledge Rust. We are reluctant to see it and reluctant to face it, letting it consume the space framed in our sightline. So we push it to the edges, and avoid the contradiction of our control that is Rust. The waste of our existence is pushed to the edges of our cities. We see them on the periphery, dark figures cloaked in the brittle residue of deterioration. The human world is rusting; people, places, things, rusting and rotting on the periphery. Our backward glances leave us unnerved by the sinister image of grey carcasses seeping with orange reds. Tattered forms, broken, fragile, finished. There is an eerie resemblance. A premonition. We know this eroding virus, it is routine enough to name. Rust is in our skin, the passage of time making abrasive records on steel flesh. The air whips our iron bodies, breaking our sense of power. Steel razors are muted and frayed under time’s persistent grind, objects of strength peppered with the omnipotence of rain, of wind. Our fickle illusions of permanence are skeletonised. They become ghosts of crumbling orange in an obedient return to the earth under nature’s tyranny. The body electric fails and falls. And nature is adamant in its weight, a hard and physical heaviness. An absolute presence. Rust, an elemental weapon of mass demoralization, confirms the unutterable reality that we are merely passing through. In the context of nature we are a small movement, temporary occupants. Rust forces us to dispute the significance of our industries, our wars, our structured societies, our manufactured supremacy. They are fossilized dreams, unnatural fossils flaking to dust. Rust is our mutability. Rust is our diminution. The natural translation of colour and state. An evolution of the elements.