A Portrait of Our Community 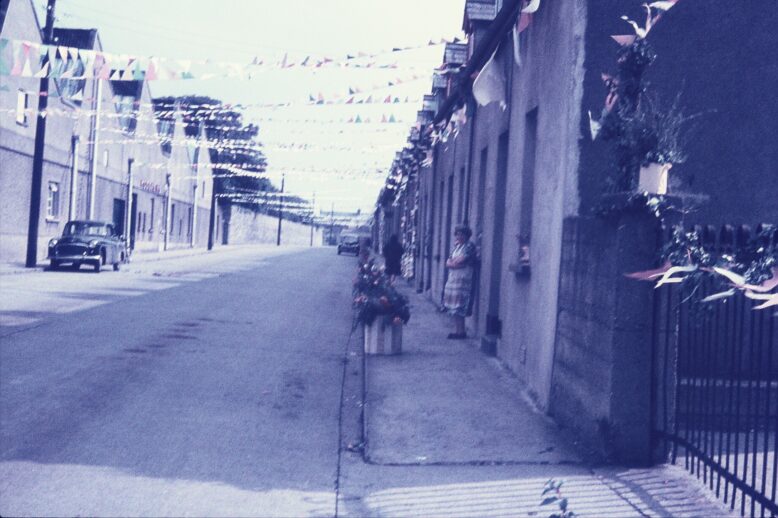 In August 2020 Butler Gallery opened to the public in its new home at Evans’ Home on John’s Quay, Kilkenny. For 45 years the gallery had been located in Kilkenny Castle. The re-location not only gave the gallery additional space to display more of its collection but also placed the institution at the heart of a historic and diverse mix of communities in the John’s Quay neighbourhood. Conscious of the need to reach out and say ‘hello’ to its new neighbours, Butler Gallery launched A Neighbourhood Museum project, aiming to engage in creative and collaborative ways with local residents. From the offset the initiative was participatory in nature with a core belief that local residents were as much producers and makers of culture as they are consumers.

This collaborative approach was reflected in the gallery working in partnership with artists who had either past or current connections to the immediate locality, namely Pauline O’Connell and Saturio Alonso. Pauline as lead artist and curator has steered the various strands of the project since its launch in February 2021 and has played a key role as interlocutor between the gallery and the myriad communities that live side-by-side in the neighbourhood. Saturio Alonso as an artist with a home and working studio in the heart of the community was an ideal creative voice in sparking important conversations and holding inspiring workshops.

The installation currently on show at Butler Gallery can only offer a cursory snapshot of the deep and enriching community engagement that took place between February – October 2021 as part of A Neighbourhood Museum project. It would be impossible to replicate the complex interactions (some digital during lockdown) and good will generated by such a project in an exhibition space. Hundreds of local residents got involved in this first phase of the initiative either through conversation, sharing memories or contributing in some creative manner. Represented within this installation is work produced as part of the On The Street Where We Live initiative by residents of nearby Michael Street; a material heritage display from Padmore & Barnes, better known locally as ‘the boot factory’, an invitation to sit and hear some welcoming words from the children of St John’s Junior School (The Lake School); a visual 2D manifestation of favourite colours personally chosen by over 250 local people, and well-being workshops arranged with the Recovery Project and Garden at the Auxiliary Hospital.

But this is just a start, Butler Gallery wishes to continue these creative conversations and interactions with its neighbours. Once you’ve seen the show, do leave your comments or feedback in our visitors book and let us know of any ideas you may have for future projects together.