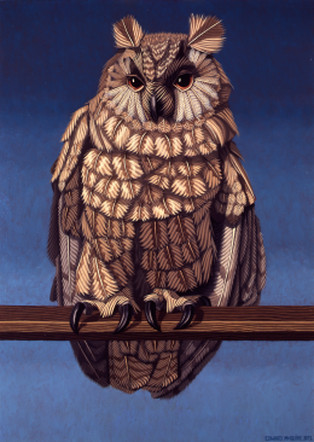 474: document | work | space, an exhibition resulting from a collaborative project between the Institute of Art, Design and Technology and the Irish Museum of Modern Art, opens to the public at the Drawing Project Gallery, DúnLaoghaire, on Friday 28 March 2014. The exhibition will opened by Christina Kennedy; Senior Curator: Head of Collections, IMMA, on Thursday 27 March at 6.00pm.

The exhibition of works from the IMMA Collection is co-curated by the graduating students of the BA (Hons.) in Visual Arts Practice around the theme of document | work | space and is a component of the seminar studies module at IADT.

Document | work | space can be read as three separate ‘things’ or as a directive sentence ie. “document work space”. This year the graduating students have responded to the studio contents of the late artist Edward McGuire. The items that the painter surrounded himself in his ‘work space’ have resided, since their donation to IMMA, in a series of purpose built crates in storage. These were documented by the students in the IMMA store and will form part of an exhibition-response in the Drawing Project space. The exhibition will also include a selection of work from the IMMA Collection and student work selected by IMMA curator team, all drawn together by pondering on (the) document |(the) work | (the) space.

In approaching the Edward McGuire studio, the student body took particular interest in the makeshift machines that McGuire had constructed as practicalities, and chose to approach them as pre-sculptural forms. The selection of studio objects within the exhibition comes almost entirely from this category.

In their selection they have also included some of the paint samples from his palette. This stems from an interest in McGuire’s manner of categorization and how this is reflected in IMMA’s archival engagement with the studio contents. The students wished to invoke museological method in their approach to display.

In approaching the IMMA collection the students selected works that posed questions regarding the general theme of document / work / space. The students were interested in the flexibility of these terms and have chosen works that are expressive of that diversity. Works such as Martin Parr’s, The Site of the Stolen Painting, Lissadell House, County Sligo, (1996), and Dennis Oppenheim’s, Reading Position for Second Degree Burn, (1970), fit this category.

Edward McGuire painted numerous portraits of poets, and possessed a large collection of books in his studio. The students chose to reflect McGuire’s engagement with literature in their selection by including works such as Brian O’Doherty’s In The Wake (of) (1963 – 1964) and Apichatpong Weerasethakul Power Boy (2011).

The accompanying documentary, created also by IADT students, considers this directly; interviewing Paul Durcan on his experience of having been painted by McGuire.

The Drawing Project is located in DúnLaoghaire town centre; it can be reached easily by public transport and is located directly across the road from both DúnLaoghaire DART station and the 46a Bus terminal.